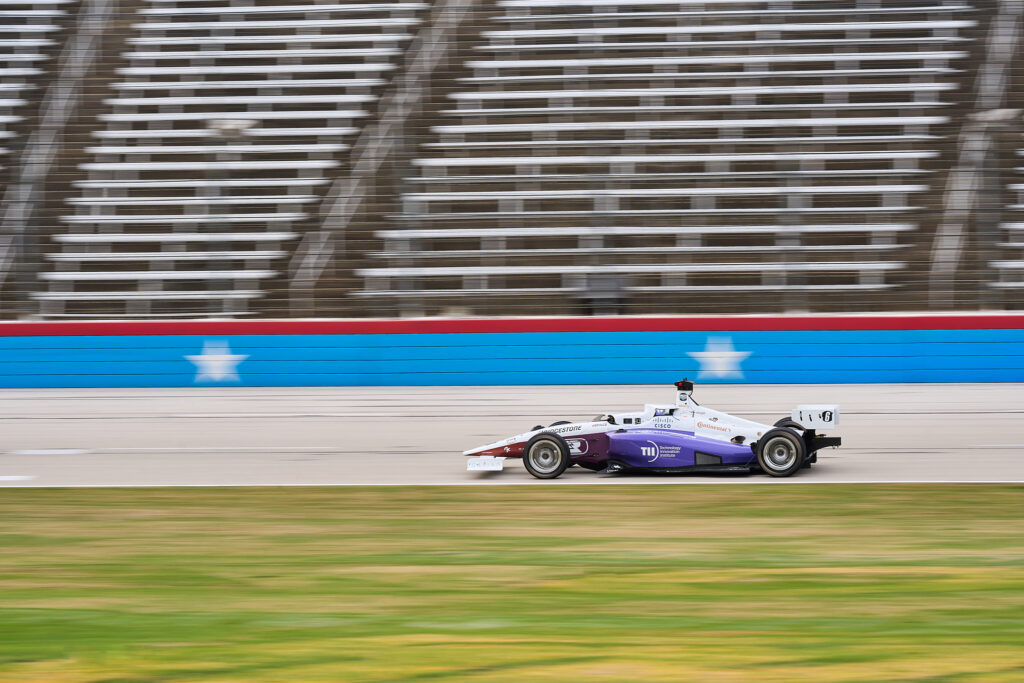 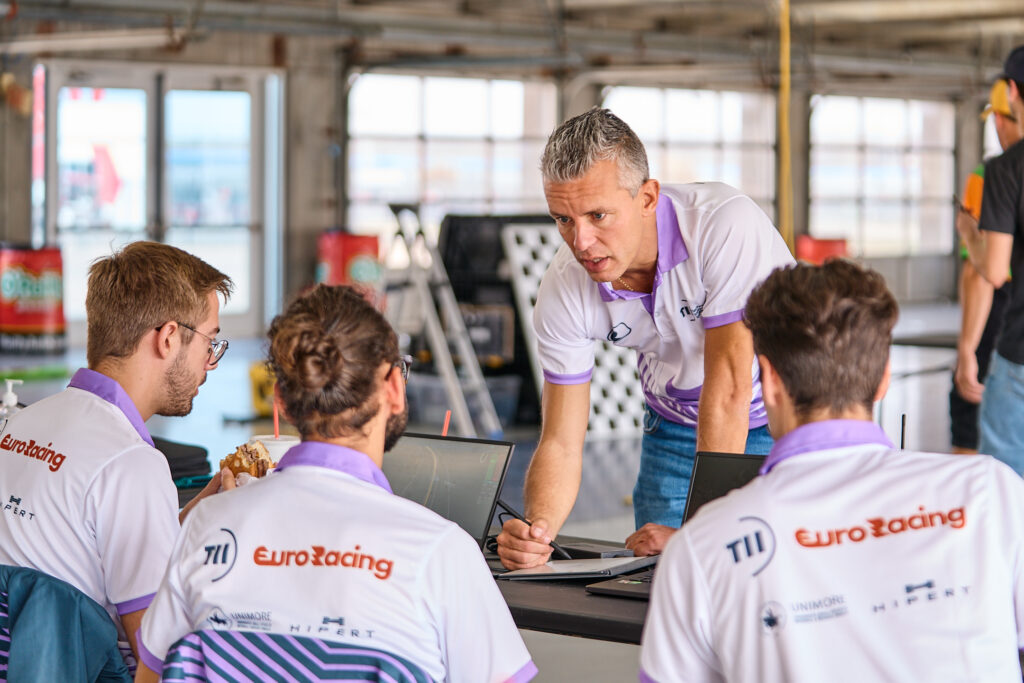 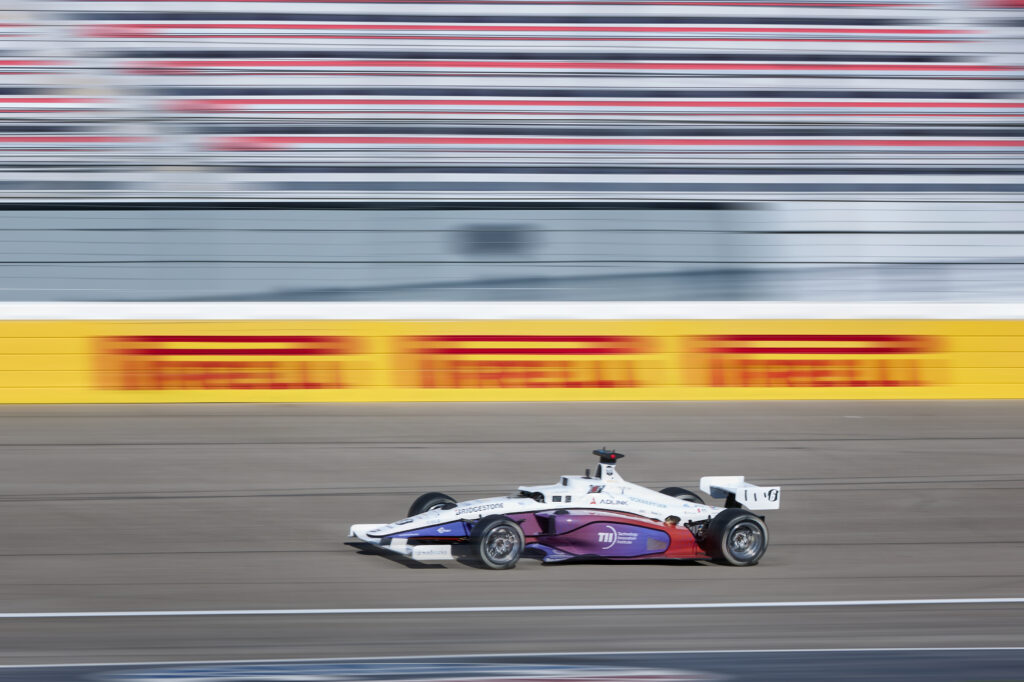 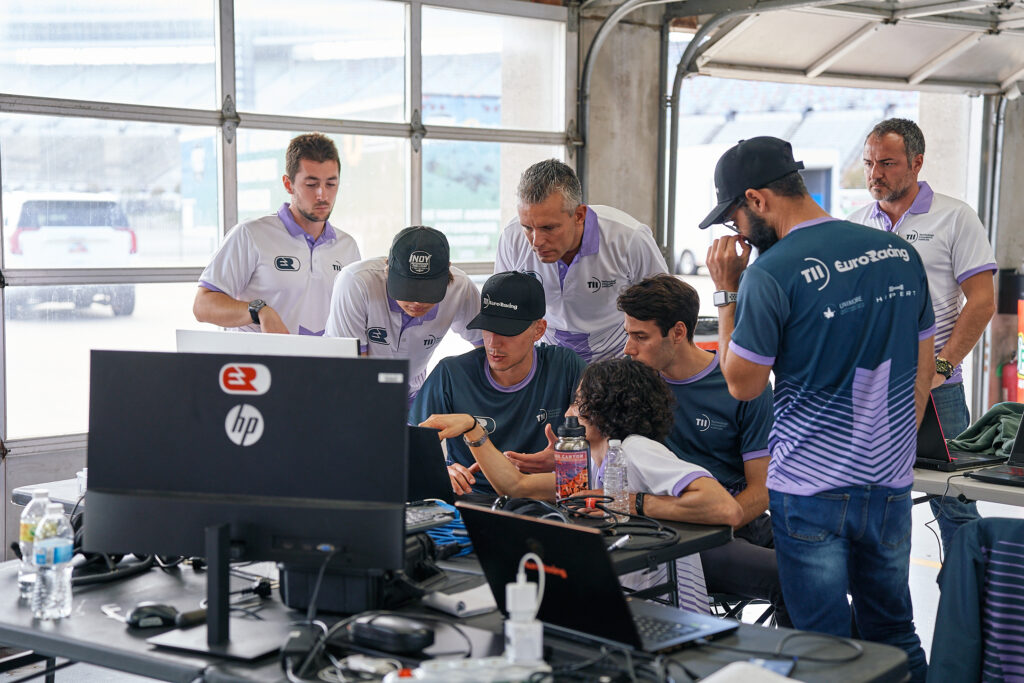 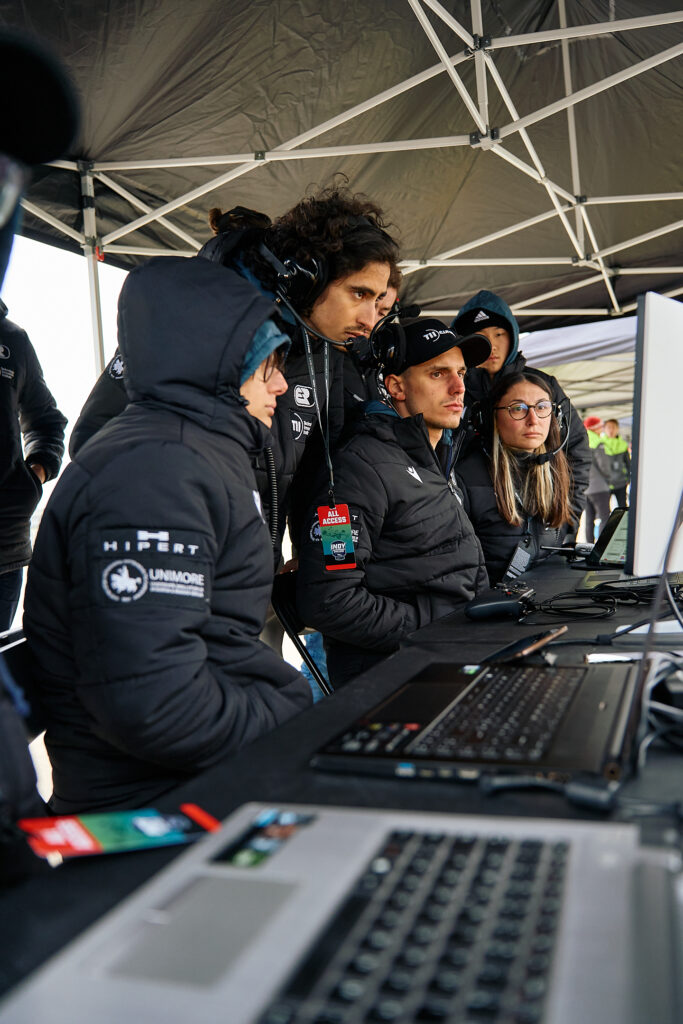 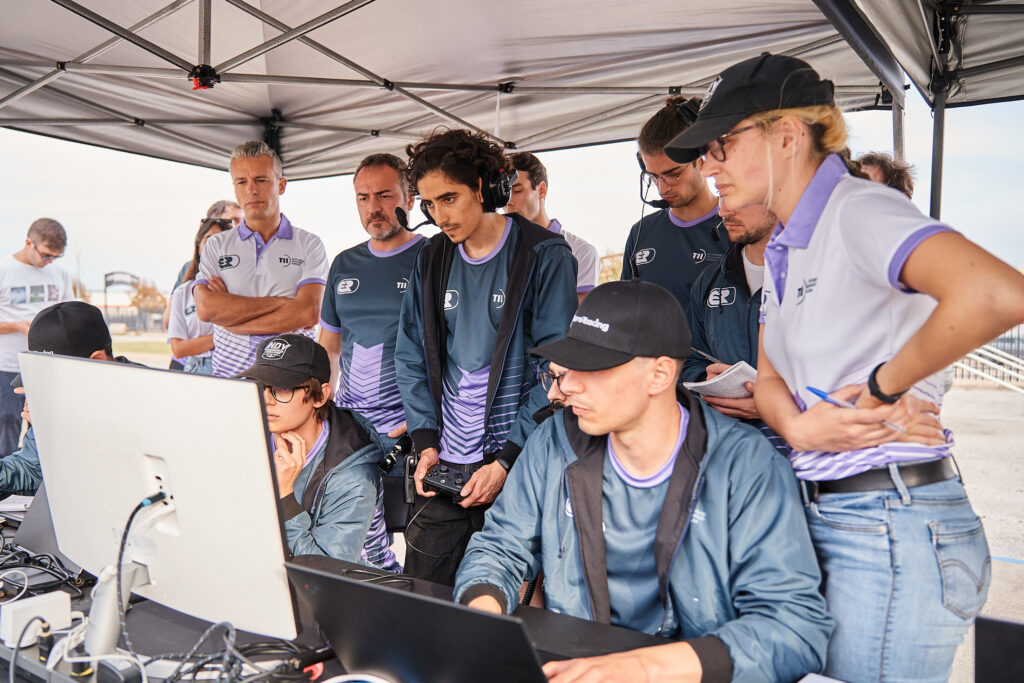 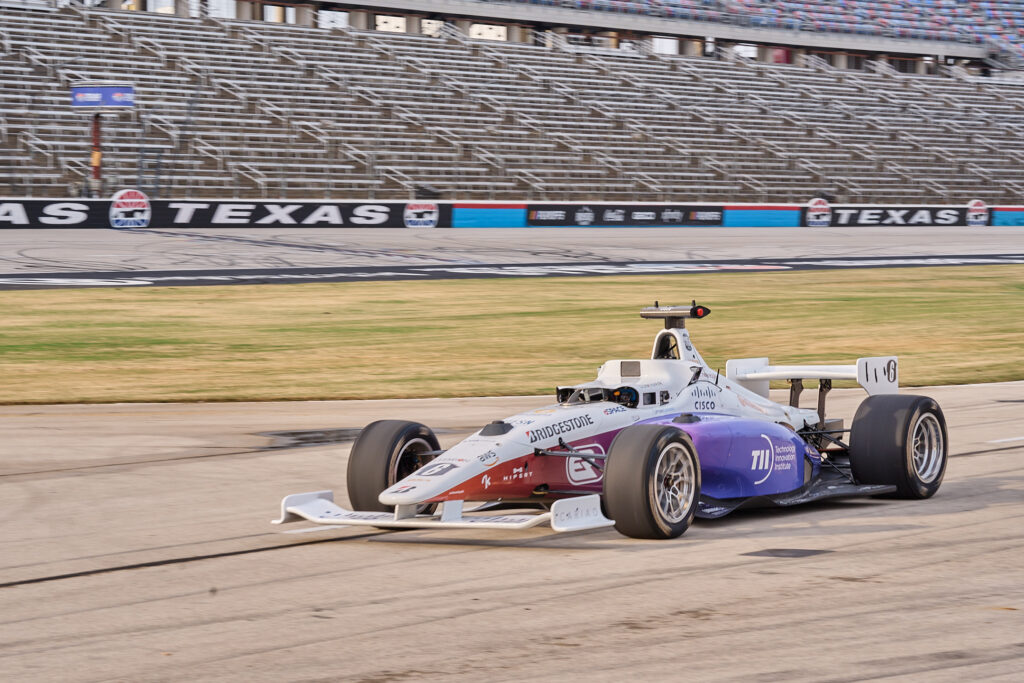 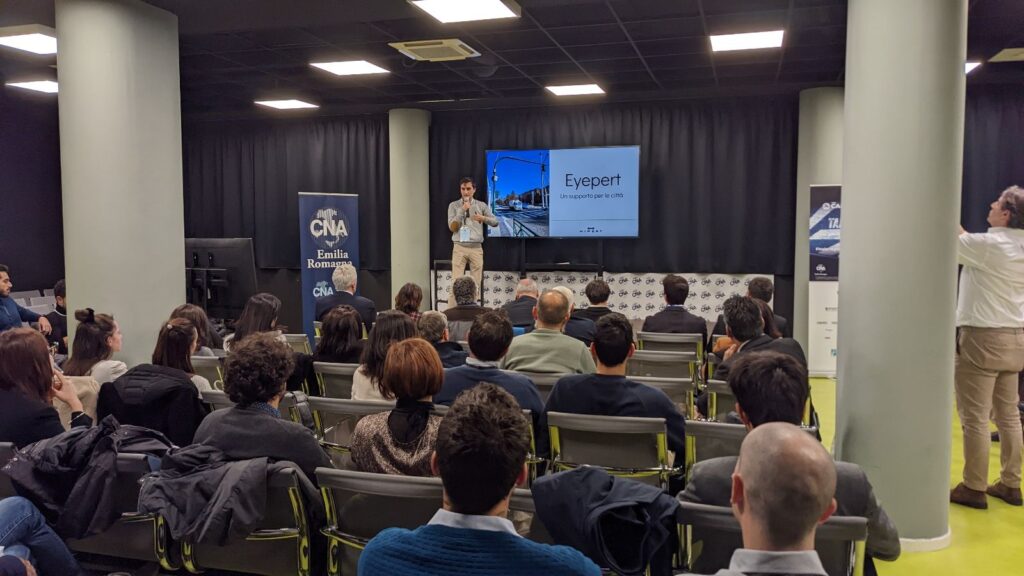 The third edition of the Indy Autonomous Challenge has ended – TII Euroracing empowered by Hipert achieved third place by beating MITT-PITT-RW in the quarter-final and lost the semifinal against PoliMove after two rounds of the match.

During the weeks of testing, the team achieved great results with a lap time of 34 seconds and a maximum speed of 257 km/h within less than a half meter of tracking error and testing multi-vehicle scenarios with other cars detecting them up to 200 meters.

Two days before the race during a practice day, however, the TII Euroracing car suffered a serious accident while it was running almost at the limit in turns 1 – 2.

Given the limited time available,  the team had a difficult to adapt the autopilot to its best. The rainy conditions contributed to the worsening of the situation.

Despite these problems, TII Euroracing and Hipert are ready to compete in the Las Vegas race which will be held on January 7th at CES – the world’s largest electronics event.

We take this opportunity to congratulate the winners of this edition of the Politecnico di Milano team.

Close Menu
We use cookies on our website to give you the most relevant experience by remembering your preferences and repeat visits. By clicking “Accept All”, you consent to the use of ALL the cookies. However, you may visit "Cookie Settings" to provide a controlled consent.
Cookie SettingsAccept All
Manage consent

This website uses cookies to improve your experience while you navigate through the website. Out of these, the cookies that are categorized as necessary are stored on your browser as they are essential for the working of basic functionalities of the website. We also use third-party cookies that help us analyze and understand how you use this website. These cookies will be stored in your browser only with your consent. You also have the option to opt-out of these cookies. But opting out of some of these cookies may affect your browsing experience.
Necessary Sempre abilitato
Necessary cookies are absolutely essential for the website to function properly. These cookies ensure basic functionalities and security features of the website, anonymously.
Functional
Functional cookies help to perform certain functionalities like sharing the content of the website on social media platforms, collect feedbacks, and other third-party features.
Performance
Performance cookies are used to understand and analyze the key performance indexes of the website which helps in delivering a better user experience for the visitors.
Analytics
Analytical cookies are used to understand how visitors interact with the website. These cookies help provide information on metrics the number of visitors, bounce rate, traffic source, etc.
Advertisement
Advertisement cookies are used to provide visitors with relevant ads and marketing campaigns. These cookies track visitors across websites and collect information to provide customized ads.
Others
Other uncategorized cookies are those that are being analyzed and have not been classified into a category as yet.
ACCETTA E SALVA
Powered by